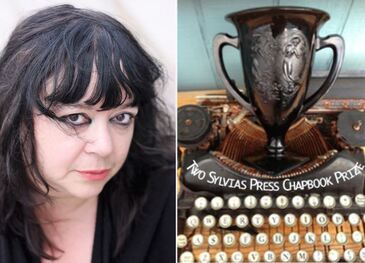 CLICK HERE to see all of our books & products. . .​
TWO SYLVIAS NEWS: 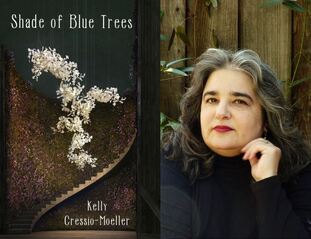 "In Shade of Blue Trees, her astonishing debut collection, Kelly Cressio-Moeller weaves an intricate tapestry of imagery from the ferocity of grief, and the litany of disappearances we all inevitably bear, knowing every single moment something or someone is leaving. So much to praise in these resonant poems formed from the fissured bedrock of longing and sorrow with wry flashes of humor, this world is running out of virgins. There is nothing extraneous here, there is passion and wisdom, You taught me how not to live: all those years you were not dead but might as well have been. Each poem a hidden grotto to be re-visited, a quiet haunting in which we may take refuge." ~Amber Coverdale Sumrall

Click here to learn more about Shade of Blue Trees 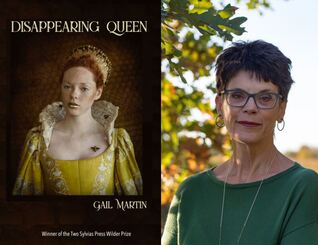 "The poems of Disappearing Queen emerge from the consciousness of a woman who has been on the planet long enough to know the bliss and price of embodiment. Martin writes with bold candor about the era of life when the vacations are cold, bones implode, and one faces the atrophy of joy. Her directness is frontal and devastating. “Is there any queen at all in it?” she asks. If this gorgeous, clear-sighted book offers an answer, it is yes—the queen is poetry as Gail Martin practices it, even as she documents, with lyric intensity, her shimmering disappearance."  ~Diane Seuss 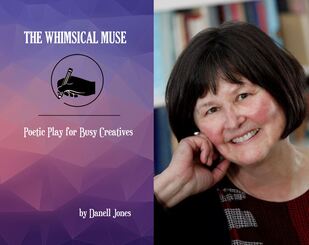 The Whimsical Muse provides eighty-four concrete reasons to write. Eighty-four exercises that you can begin right now. They require no planning or preparation. Just open the book and go. In under a minute, your creative juices will be flowing. All of the prompts here can be adapted to suit the moment. Each one has two parts: “Quick” and “Lingering.”

"Every page of this book is a potential poem, and each quotation, each suggestion for either a brief exercise or a more extended exploration is designed to get us past whatever stands in the way." --Tami Haaland (Montana Poet Laureate 2013-2015)


Click here to learn more about The Whimsical Muse 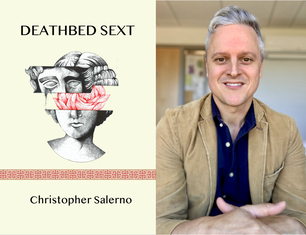 "In the title poem, Christopher Salerno writes, “I want to waltz with you away from what// once was monstrously male/ about me and I also/ want to survive.” The and here is crucial, and emblematic of the collection, which poem after poem says yes, and. Yes, high and low culture. Yes, both sext and ghost as nouns “you can verb.” Yes, loving and leaving. Yes, familiar and strange; dead serious and absurd. “Everything is a piece of something else,” Salerno writes, and everything gets to stay, because these deftly crafted poems are elastic enough to hold it all." — Maggie Smith, Contest Judge
Click here to learn more about Deathbed Sext 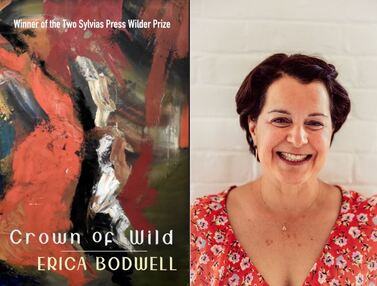 "Crown of Wild is a joyful book, taking its pleasures out of the redemptive possibilities of   both language and life. The lament here is real, but so is the frolic and play. And that’s   why you should read it and will love it." — Adrian Blevins

Click here to learn more about Crown of Wild 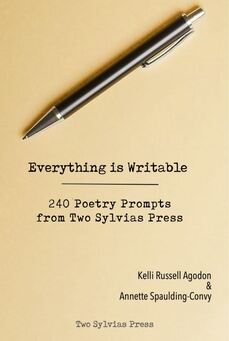 This collection of poetry prompts arises from two of our popular online offerings created to inspire poets: The   Two Sylvias Press Advent Calendar of Poetry Prompts and The Two Sylvias Press April Prompts for National   Poetry Month. Whether you are just beginning to write poetry or you are an established poet, these writing   starts will offer fresh ideas and new directions for your work.

Be inspired and write often!

Click here to learn more about Everything is Writable 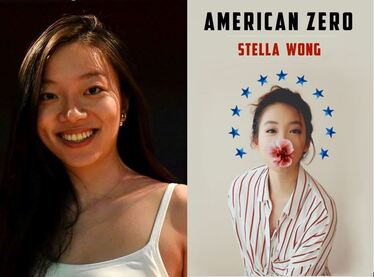 "Bookended by dramatic appeals to Lucy Liu and America itself, another name   for Stella Wong’s exciting, candid, incantatory American Zero might be   “American Presence,” for Wong’s is a crisp new voice intently, intensely,   undeniably zeroing in, and it’s certainly not for nothing that the important last   word of the important last poem is 'here.'”  --Robyn Schiff 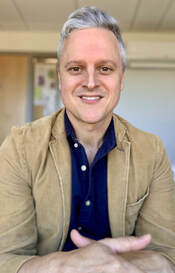 Thank you to Maggie Smith for judging the chapbook contest.

Christopher Salerno's chapbook, Deathbed Sext, will be published in 2020. 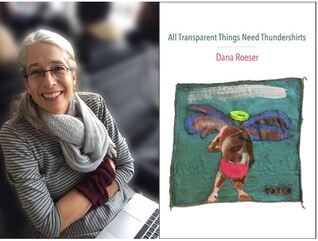 "How exciting to discover this voice—kind, profane, pure, and honest—and to be moved and changed, amused and reassured, frightened and satisfied and reunited with one’s own experiences and one’s own lost selves through an encounter with poems made out of authenticity, wit, intelligence, and generosity." —Laura Kasischke 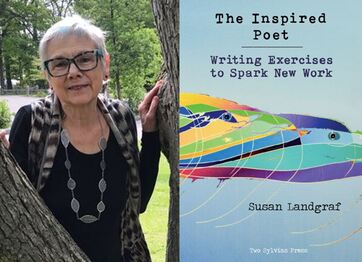 “An engaging and generous personal writing guide, sure to inform and inspire.”
--Kim Addonizio

Click here to learn more about The Inspired Poet 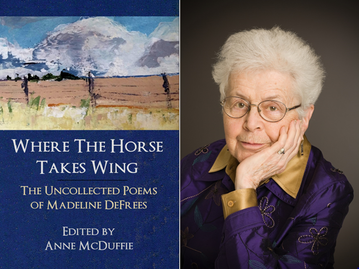 Where The Horse Takes Wing: The Uncollected Poems of Madeline DeFrees is available from Two Sylvias Press (edited by Anne McDuffie)

"Where the Horse Takes Wing, Madeline DeFrees’ uncollected poems, published in her centennial year, afford a reader the unique opportunity to follow the arc of a poet’s vision for sixty of her ninety-six years, from the convent to the university, to her beloved garden. Madeline was world wise, and that wisdom infuses these poems." —Sandra Alcosser

Click here for more info on Where The Horse Takes Wing. 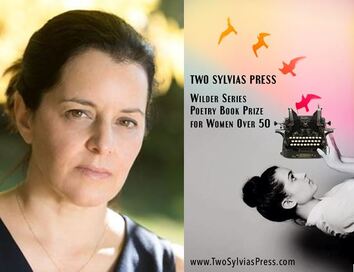 Congratulations to Erica and to all of our finalists!

Crown of Wild will be published in Spring of 2020 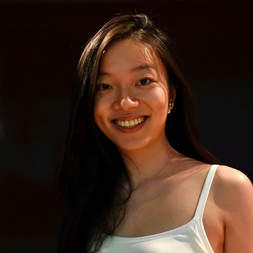 Special thank you to Danez Smith for judging this year's contest.

Stella Wong's chapbook, American Zero, will be published in 2019. 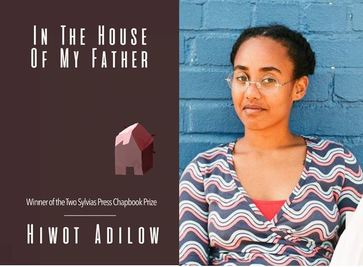 IN THE HOUSE OF MY FATHER BY HIWOT ADILOW
​ Winner of the Two Sylvias Press 2017 Chapbook Prize; Judged by Kaveh Akbar

It’s rare to encounter a first utterance of a young poet so fully formed, so stirring   and singular and urgent as Hiwot Adilow’s In the House of My Father. In the span   of eighteen poems, Hiwot addresses with grace and formal dexterity domestic   and divine loves, along with the conscious and unconscious violences we often   commit in their pursuit. — Kaveh Akbar 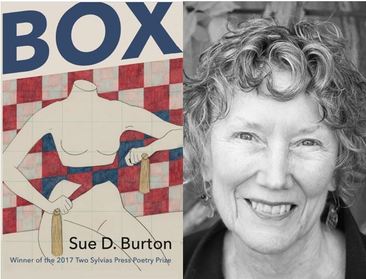 Let’s just get this part out of the way, Sue Burton’s Box is a brilliant, imperative,   masterful collection. I envy this book; I covet and adore it. It is a book of the body   and the soul, of the body as a trap for the soul, and the box—from the magician’s   box, where the body is sawn in half, to the coffin—as a trap for the (female)   body. Along with being badass and defiant and imaginative as hell, the book is   formally-astute and deeply literary. — Diane Seuss 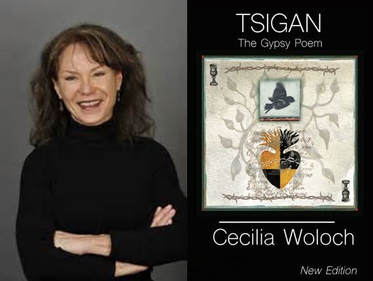 Cecilia Woloch both eulogizes and celebrates the lives of Gypsies, a people who,   through diasporas and a history of persecution, have endured centuries of   dispossession, exile, poverty and extermination. What is extraordinary and   profoundly compelling in this book-length poetic meditation is how skillfully   Woloch intertwines her personal journey of identity with the larger forces in the   world that have shaped the Roma people’s fate and fortunes.  — Maurya Simon

Click here for purchasing information
Check back soon for more news on upcoming publications and other opportunities for writers from Two Sylvias Press.